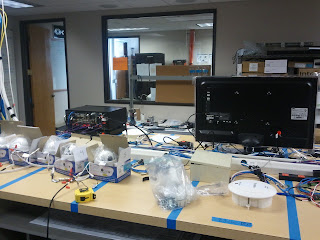 One of the most important phases of a large, custom audio-visual installation is the in-house testing.  When Kiwi Audio Visual moved into its new building in Carlsbad, one of the first tasks was to get a test lab designed and wired so that future projects can be connected and tested fully.  This included testing the audio zones, video zones, touch panels, and other subsystems. 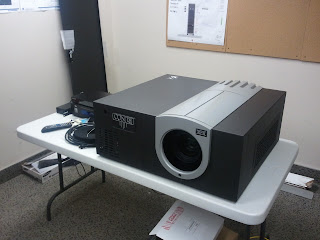 In-house testing is instrumental in finding small bugs and other issues that might otherwise be found onsite halfway through an installation.  The efficiency with testing components and programming early also saves costly man hours later on during the project. 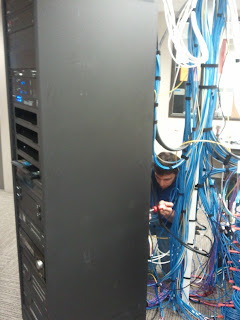